Mistranslations in the bible.

In the past few weeks I have read and read everything I've been able to find about translations - and misrepresentations - of the Bible.
First and foremost - Old German-or Biblical - was an extremely primitive and spoken language.

ORIGINAL STORY:
Before the beginning, the gods created the heavens and the time.
TRANSLATION:
In the beginning God created heaven and earth.

ORIGINAL STORY:
It was the end, and it was the beginning of the second creation.
TRANSLATION:
It was evening, and it was morning the other day.

The calendar you used - if you even had a calendar - was certainly a moon calendar.
There was no art to see when it was new moon - but in a time without hourglass, sixteen and sunshine, it was certainly not possible to decide which day was the longest or shortest day - or when the sun was highest or the lowest.
All other cultures had a moon calendar - the sun calendar came several thousand years later.
There are two explanations - he was 900 months old, or - he was old - he divided everything into thousands, the most likely explanation is that, according to his eyes, he lived ninety percent of his life.

Translators were always allowed to sit and guess - if something happened "five later" you did not know if it was five days later, five months later or five years later.

How long did the desert migration take place?

Or does it mean that you have one of 42 bottles of wine later? ??

The original text only tells that the time the descent took 42, but if it were hours or years you can guess - and according to the Lifter's Guide To the Galaxy is the meaning of life - calculated by a giant computer - 42.

The translators guessed for years, but I had guessed for hours - it would not take 42 years to go 200 kilometers?

Then we have the problem of misunderstood proverb, metaphors and symbols.

Even today's language contains metaphors.
"He dropped his head when he saw her" does not mean she had a sword and knocked the guy - it just means he fell in love.
"He has a heart of gold" does not mean he has an artificial heart made of gold - it's simply not invented yet.
"Bill Gates is a giant" does not mean he weighs 1000 pounds.
"Bill gates are a fox" does not mean he is red and runs around four feet and eats hens and rabbits and hares.
... and so on ...

If all the mysterious massacres of the Bible had taken place, then 320 million people without heads, tongues, hands and feet had leaned and rubbed at the bottom of the Lake of Genesar - and the archaeologists have never found the smallest skeleton.

And the stories we have in the Bible have usually been told and reported in centuries before they have been written down.

And if you remove all misrepresentations and acknowledge that God did not create heaven and earth at all - the creation did not take six days - that only Noah's land was flooded with six feet of water - that Lot's wife became a "statue of tears" (nervous breakdown, Post-traumatic stress) that Jesus was Joseph's, and not Jehovah's, only-begotten son, and that Jesus actually came swimming through the water and also brought to death life instead of waking to death - yes, then, the whole Bible will be destroyed Because without any misrepresentations, all the wonders disappear, all that is amazing and incredible and all that is contrary to science!

I actually thought about buying a course in Biblicals, and a Bible in Original Language - which is still in the original language, some books in the Bible are only in the form of translations to Greek, Aramaic or Latin, because the Catholics liked to cook with original scrolls .

Some aware error translations have a natural explanation.

Monotheism was strictly forbidden in Roman empire, and the only permitted religion was classical Roman mythology.
It had a number of gods - among other things, "the unknown God" anyway would be anonymous.
To circumvent the law, it must be said that Jehovah was the unknown God, and that he was three instead of one - God's Father, the Son, the Holy Spirit - and so, Christianity was neither monotheism nor contrary to the mythology of the Romans.
But still, the lion in Kolosseum could eat saturated with Christians - the clumsy attempt to circumvent the law was not as ineffective.

That "young beautiful woman" was translated to "virgin" and "Joseph's only-born," translated to "Jehovah's only-begotten son" was a pointless attempt to take the food from the animals - of course, the lion's starvation had naturally been animal wreckage!

We need a new Bible translation - but seeing and correcting a translation tradition that has been accepted for more than a thousand years is considered controversial, more or less unthinkable - and maybe even dangerous if rabiatic Belfast types and other Catholic sheepdogs do not want their Mistake corrected. 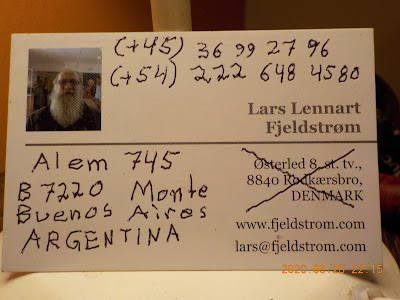